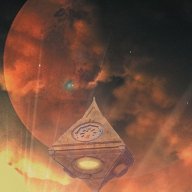 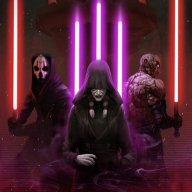 On the isolated asteroid of Polis Massa, YODA meditates.

YODA: Failed to stop the Sith Lord, I have. Still much to learn, there is ...

QUI -GON: (V.O.) Patience. You will have time. I did not. When I became one with the Force I made a great discovery. With my training, you will be able to merge with the Force at will. Your physical self will fade away, but you will still retain your consciousness. You will become more powerful than any Sith.

QUI-GON: (V.O.) The ability to defy oblivion can be achieved, but only for oneself. It was accomplished by a Shaman of the Whills. It is a state acquired through compassion, not greed.

QUI-GON: (V.O.) You will learn to let go of everything. No attachment, no thought of self. No physical self.

YODA: A great Jedi Master, you have become, Qui-Gon Jinn. Your apprentice I gratefully become.

YODA thinks about this for a minute, then BAIL ORGANA enters the room and breaks his meditation.

Revenge of the Sith

Based on the screenplay and story by George Lucas

When they fled from Coruscant, Yoda left their destination to Bail Organa. The Senator chose an obscure archaeological project on the asteroid Polis Massa. There they set up a homing beacon, and waited hopefully for Obi-Wan.

With nothing to do but wait, Yoda automatically found a quiet room and sat down to meditate. The being who had been trying to contact him surely could not reach through the newly strengthened fog of the dark side, but the habit had become strong. And to his surprise, this time the contact succeeded.

Qui-Gon Jinn! No wonder the presence had felt familiar. Still much to learn, there is.

Patience, Qui-Gon responded. You will have the time I did not. With my help, you will be able to merge with the Force at will, and still retain your individual consciousness.

The story of Darth Plagueis was true, in a way. The ability to defy death can be achieved, but only for oneself. It was never accomplished by Darth Plagueis, only by a Shaman of the Whills, and it will never be achieved by a Sith Lord. It is a state acquired through compassion, not greed.

To become one with the Force, and influence still have. The thought was stunning. A power greater than all, it is. Yoda bowed his head. A great Jedi Master, you have become, Qui-Gon Jinn. Your apprentice, I gratefully become.

He felt the former Jedis approval, just before Bail Organa entered to tell him that Obi-Wan was landing. The contact was broken, but Yoda knew that Qui-Gon would have no future difficulty in reaching him, now that he had done it once. At least some good news, there was to tell Obi-Wan. 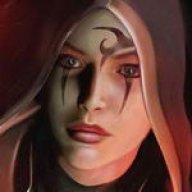